“Oh, give me a home where the buffalo roam 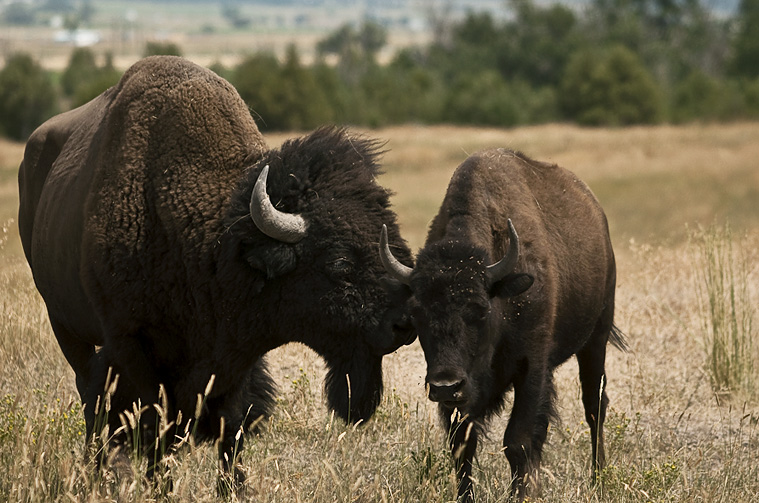 and the deer and the antelope play… 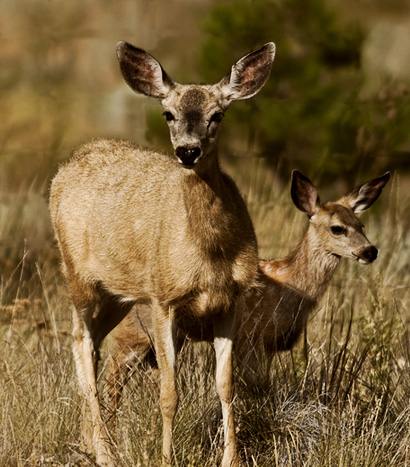 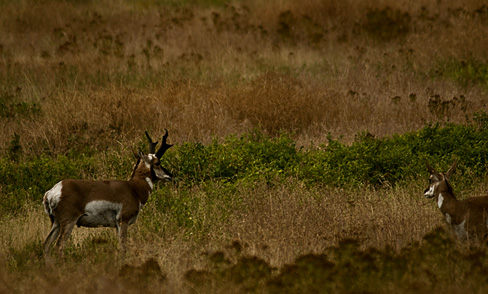 Found ourselves singing this song as we took a wonderfully scenic ride through the National Bison Range in Montana today.  The landscape was pristine prairie with many original grasses.  The 19 mile one-way gravel road called Red Sleep had amazing vistas at every elevation and switchback.  The land, the sky and the light were simply gorgeous.  I have posted a few of the critters we saw.

The ranger warned us to stay in our jeep and not get out in buffalo areas.  The rutting season has begun in earnest and we witnessed many energetic encounters by the bulls.  We saw clouds of dust rising in the air as the big boys displayed dominance in the herd.  After getting some pics, we moved on as the herd was all stirred up, the grunting snorting and deep calls were a little intimidating with only the jeep between us and a couple hundred large buffalo.

The National Bison Range was established in 1908 in response to concern that the buffalo had been slaughtered to the point of extinction.  Part of the original herd was purchased from the Conrad family of Kalispell, Montana, who were early buffalo ranchers,  The animals are now flourishing here and the bison roundup is held in early October at the Bison Range.  The Bison Range is on a parcel of land carved from the Flathead Indian Reservation. To the east is the Mission Mountain range and the south the Bitterroot Mountains can be seen.

This entry was posted in Montana. Bookmark the permalink.