Driving into Zion National Park is a treat for all the senses in spring.  The trees are full of leaves and blossoms, the pastures are green and the mountains stunning.  This is a pic of the a branch of the Virgin River as it flows through Zion National Park.  It had rained the night before so the water was running strong in this little creek.  It is always wonderful to find shade and running water in Utah. 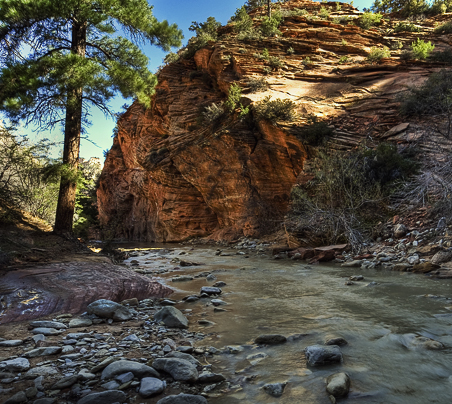 We took a detour to Grafton, Utah.  This is two of the abandoned homes in the ghost town of Grafton, Utah. Mormon families founded Grafton in 1859 near the Virgin River at a spot one mile downstream from the present site, but a big flood two years later convinced them to move here. Hostilities with the Paiutes during the Back Hawk War forced residents to depart again for safer areas from 1866 to 1868. Floods and irrigation difficulties made life hard even in the best of times, and the population declined in the early 1900’s until only ghosts remained.

Movie makers discovered Grafton and used it for Butch Cassidy and the Sundance Kid, among others. 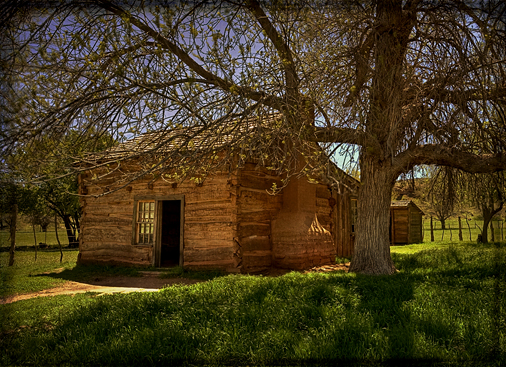 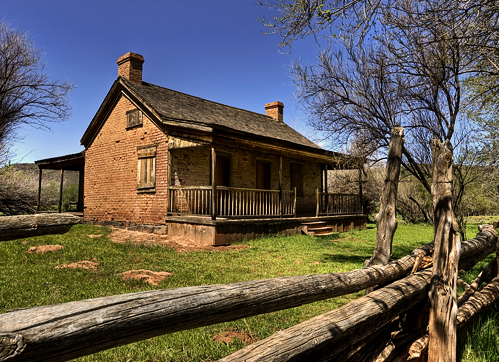 This entry was posted in Utah. Bookmark the permalink.