Mesa Verde NP and the Canyon of the Ancients

Mesa Verde National Park is one of few places where one can travel back in time. It is an area where imagination can predominate the views.

Approaching the park, the first glimpse is of Point Lookout, the sandstone-capped shale promontory looming over the valley. 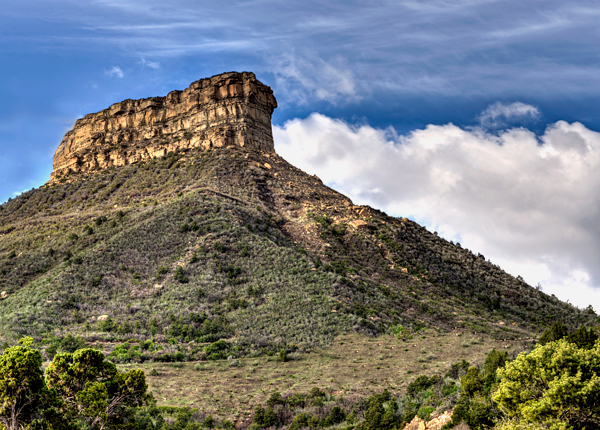 Natural fire has always been a part of the Mesa Verde story.  75% of the park area has been burned since it was formed in 1906.  Snags are a part of the landscape everywhere you look. This is a view into Montezuma Valley. 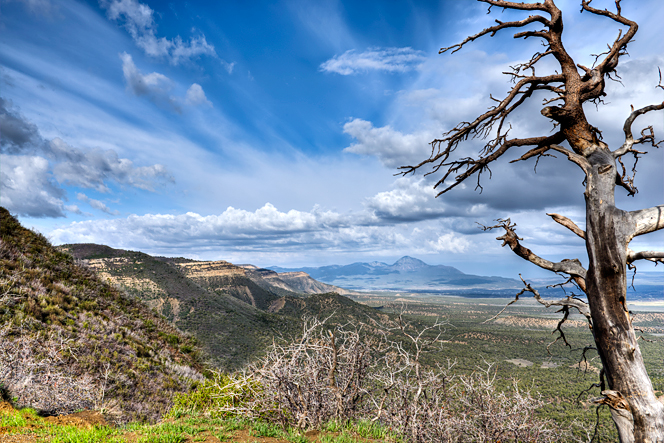 We spotted a few wild horses wandering the park.  We also watched a small herd of mule deer, a coyote and red-tailed hawk. 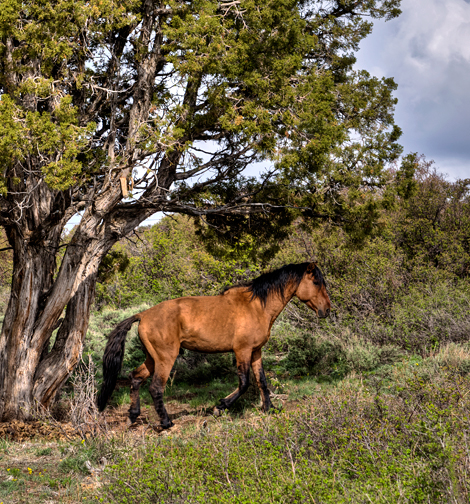 One of the many cliff dwelling is called Square Tower House.  It is a good example of how the native people took advantage of the natural topography to site their villages. 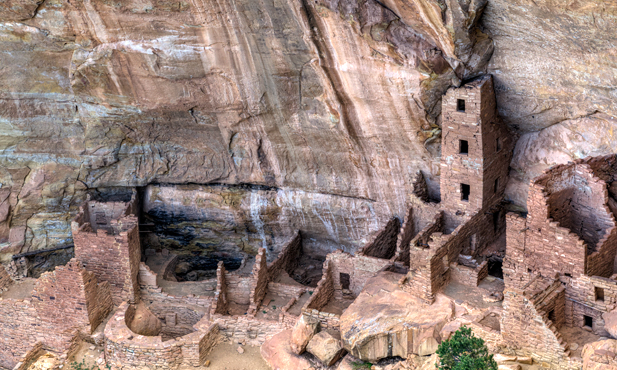 The view of Cliff Canyon is where the highest number of cliff dwelling can be found in the park. 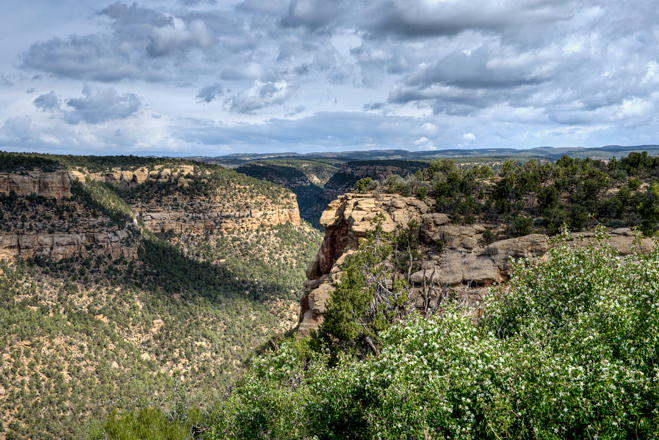 In the area is the BLM managed Canyons of the Ancients National Monument.  This is a view of Lowry Pueblo which is a 1,000 year old Ancestral Puebloan village. 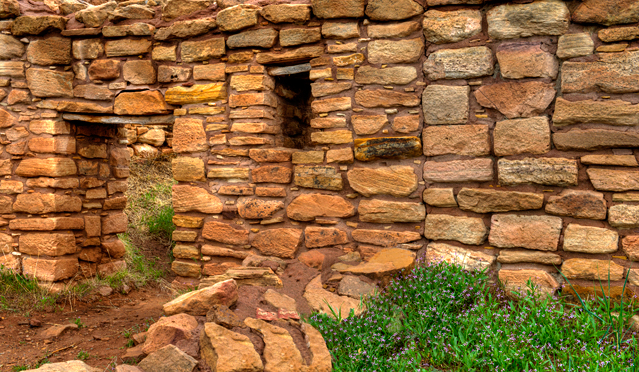