The National Scenic Backcountry Byway is called the Alpine Loop by jeep travelers.  It encompasses 75 miles of road carved through the breathtaking San Juan Mountains. Along the route we encountered the skeletons of numerous mining operations and ghost towns.

Our ride started with 7 miles along the  Mineral Creek connector.  It is a beautiful bumpy ride but this morning we discovered sections lined with golden aspens. 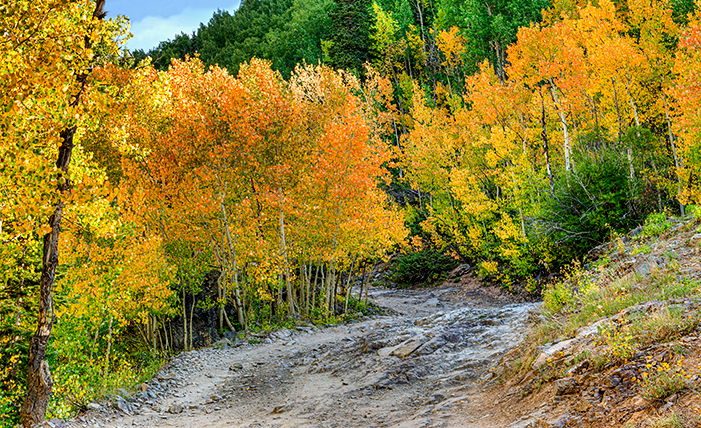 Under the category of “You never know what you will see,”  a herd of sheep came pouring over the mountain ridge toward Mineral Creek.  These areas of BLM land are used for grazing. 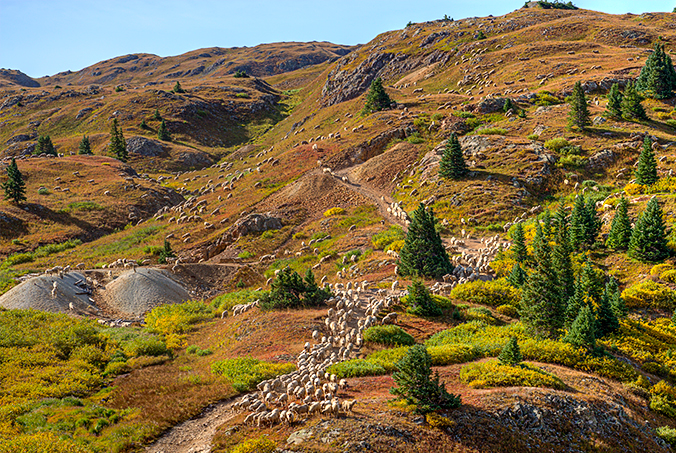 This is a view from Engineer pass as we look back on the junction with Mineral Creek. 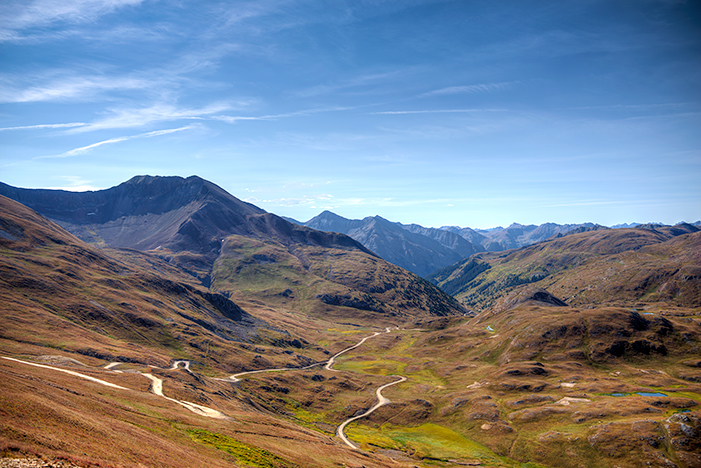 There is a 360 degree panorama point on a short side trip from Engineer Pass (12,800 ft elevation) and the view of the San Juan mountains is jaw dropping. 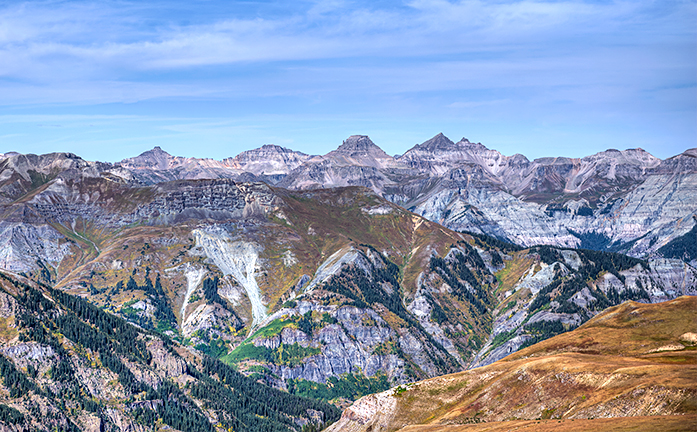 On Engineer Pass road we explored Capit0l City which was established about 10 miles from Lake City after silver discoveries in 1877. 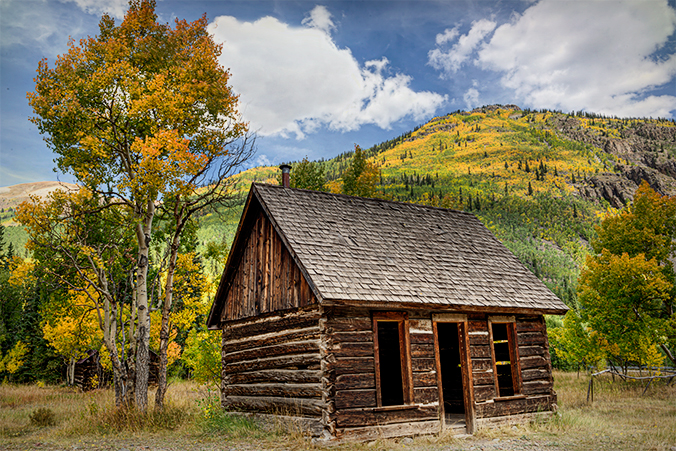 Looking back after the climb to Cinnamon Pass at 12,640 ft elevation. 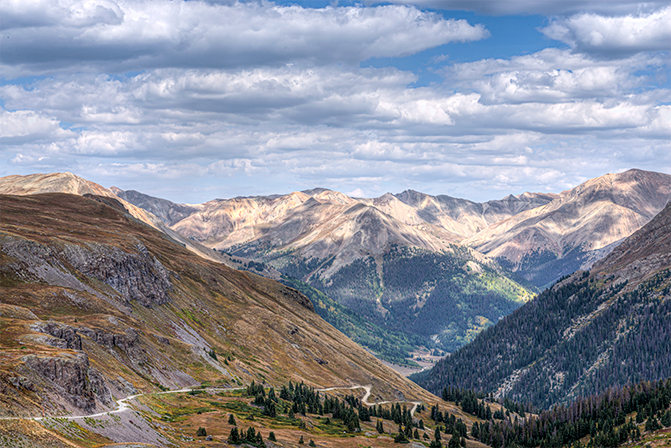 Wildlife was plentiful as we spotted a peregrine falcon, many deer, one moose, and a small herd of mountain goats along the route.  This curious young mountain goat was under the watchful eyes of the herd along Cinnamon Pass Rd. 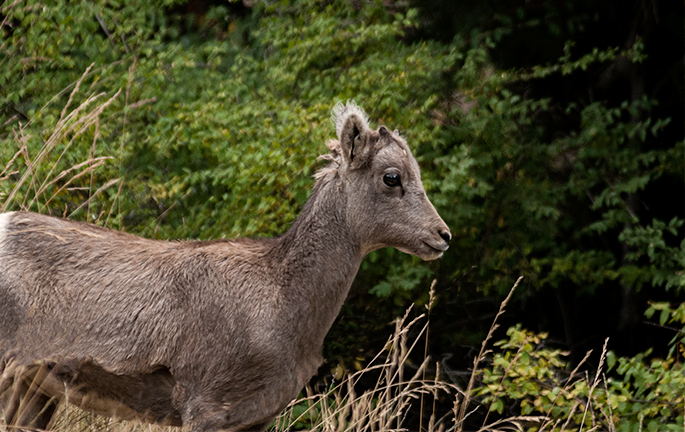 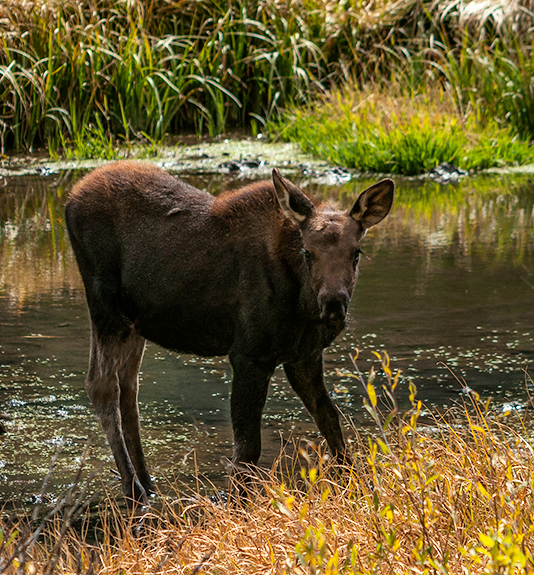