The American bison (Bison bison), also commonly known as the American buffalo or simply buffalo, is a North American species of bison that once roamed the grasslands of North America in massive herds.  They became nearly extinct by a combination of commercial hunting and slaughter in the 19th century and introduction of bovine diseases from domestic cattle, and have made a recent resurgence largely restricted to a few national parks and reserves.

It is a wonderful experience to watch the herds of buffalo roam freely on the wild open spaces in Hayden Valley and along the Yellowstone River.

A tired-looking family unit takes a rest top for the little ones to nap. 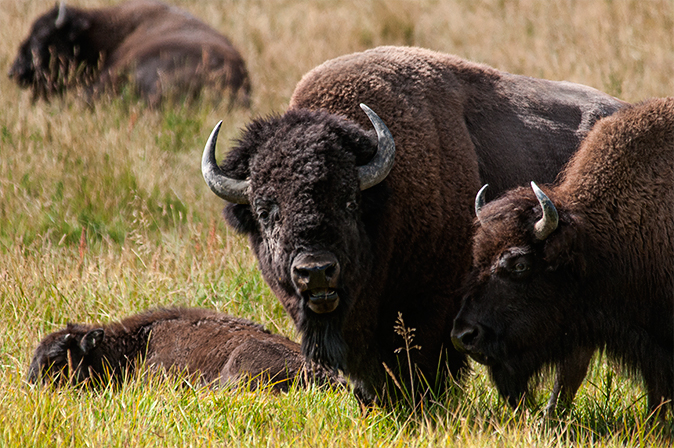 If you weighed a ton, you might enjoy a sit in the sunshine too. 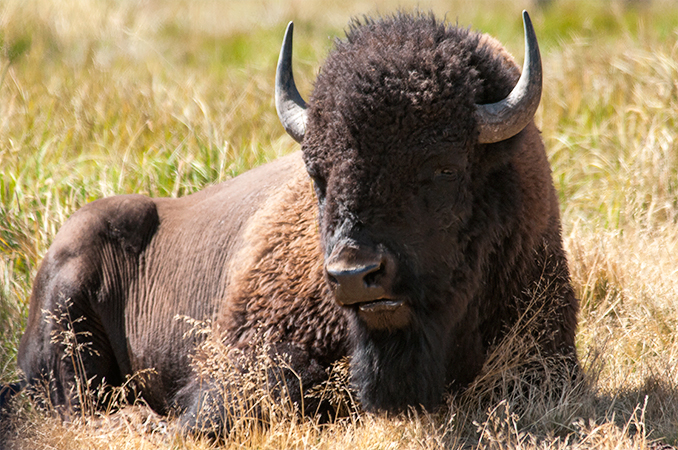 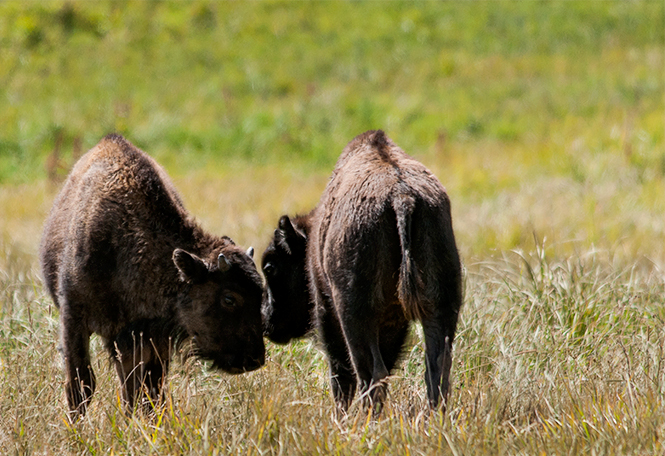 There always seems to be a watchful eye around the young. 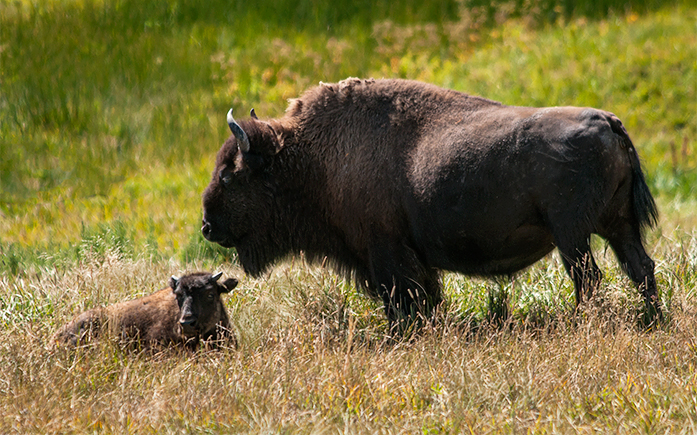 a portrait of this peaceful animal. 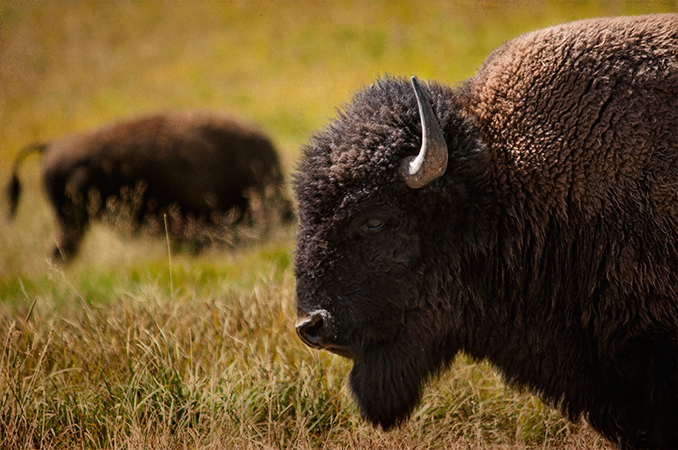 This entry was posted in Wyoming and tagged "Yellowstone National Park", bison, buffalo. Bookmark the permalink.